A FREE Community Prayer Portal CALL ~ The Prophecy of the Bear with Shii Tuii Chadbourne ~ June 26, 2019

The Prophecy of the Bear – bringing balance to Nature

Please join Kenny and Shii Tuii Chadbourne as they share with us the Prophecy of the Bear and its alignment with the Big Dipper/star nation, which began in 1987 and ends in 2039. The final 52-year cycle ending the 4th world.   The bear once walked upright as man does, and when he saw what man was doing to Nature, the bear dropped to his four paws until the final cycle ends. We believe we are in the in-between times or the final cycle. In following the Bear, we reconnect with nature and bring nature back to balance. When nature is back to balance, people are in balance. 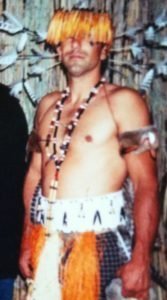 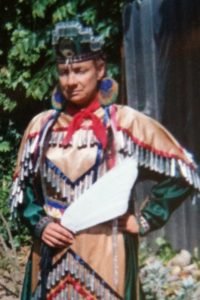 Kenny and Shii Tuii Chadbourne are Spiritual Advisors and keepers of the Bear Ceremonies in Northern California.   Kenny was passed this line from his Wailaki elders from Northern California, Shii Tuii also received the bear dance line and medicine wheel teachings from her tribal elders, the Haudeno Sauna/Oneida in upstate New York.   They hold and facilitate these bear ceremonies according to prophecy in Northern California to Central California.
“We dance this prophecy covering our bodies with bear robes, upright then down to all fours as we bring the past knowledge to present knowledge. We dance for Nature as it heads towards a mass extinction of life as we know it; to its purest form, healthy and vibrant. We dance the winds, fierce and angry fueling destructive weather patterns, to gentle and lively fueling balance in our weather patterns. The moment in-between is where we lay our prayers. From chaos to calm.
We pray our Millennials, at the end of this cycle, dance and walk with the bear, UPRIGHT and HEALED. Nature once again in balance.”
“Bear Prophecy Sacred Box” PDF